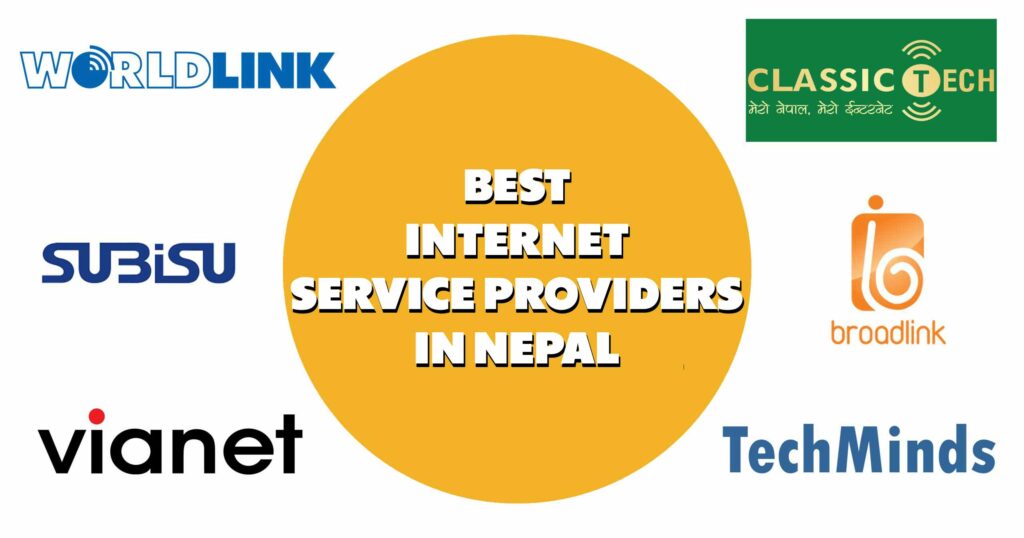 Nowadays, The number of usages to the internet has been increasing day by day. According to the regulator, currently, there are 127 companies registered to provide internet service in Nepal.

The internet has become an integral part of our modern life. So much, so the United Nations say internet access is human rights. From business requirements to personal entertainment only with basic digital socialization, our dependence on the web has made our lives into interconnected happiness; Even though I imagine many people don’t have the same confidence.

Also Read: How much is the income of internet service providers in Nepal?

worldlink was Established in 1995, it is the largest ISP in Nepal with more than 57% market share in the Nepal Fiber Internet Arena. And thus has a large number of individual consumers and companies. Because they have operated for so long, the company has expanded its service area to a total of 63 districts in this country.

And in October 2019, WorldLink signed a $ 12 million deal with the British CDC group to further extend the infrastructure & presence of companies in remote areas in Nepal. Besides the internet itself, WorldLink also has IPTV services. so, no doubt worldlink should be in the first position of Best Internet Service Providers in Nepal.

Vianet was founded in 1999 in Nepal and it is the second largest ISP (Internet Service Provider) in Nepal with a market share of around 14%. The FTTH company service has a strong footing, especially in Kathmandu Valley with many satisfied home & company users.

Therefore, you may have seen many polls on the internet stating Vianet as one of the best internet service providers in Nepal. Like WorldLINK, Vianet also provides IPTV & VOD facilities (Video On Demand). Apart from the longevity of its establishment, Vianet has not been able to expand its business widely as the largest ISP in Nepal. The company currently operates in more than 10 districts, the latest addition is Nepalgunj.

Classic Tech is also one of the best internet service provider in Nepal. Classical tech is another big name in the Nepal ISP industry. Especially known for a very aggressive scheme & offer, the company has quickly succeeded in becoming the third largest ISP (Internet Service Provider) in Nepal with around 8% market share. Founded in 2009, Tech Classic offers FTTH-based internet and recently began bundling with Prabhu TV; which is the DVBT2 service (second generation digital video-terrestrial plain) in Nepal.

Subisu is another household in terms of digital TV & the internet in Nepal with a 7% market share. Founded in 2001 and Subisu is the only cable operator in Nepal to ISO 9001: 2015 and 27001: 2013 certified. It must speak volume by itself and thus reflect its popularity; You will think. However, the company has slowly lost its touch in the Nepal market that supports other ISPs. As a result, the company has come up with new offers, campaigns, advertisements mainly target youth.

Finally, we have the dear FTTH Internet Nepal Telecom. Even though people throw big shade on ADSL-based internet services that are famous for being slow, believing or not, there are several positive responses to this. This service is now available in 25 districts throughout the country, with speeds ranging from 8Mbps up to 55Mbps under the package of individual users.