What are Nepal’s mobile service providers doing for e-SIM in Nepal? 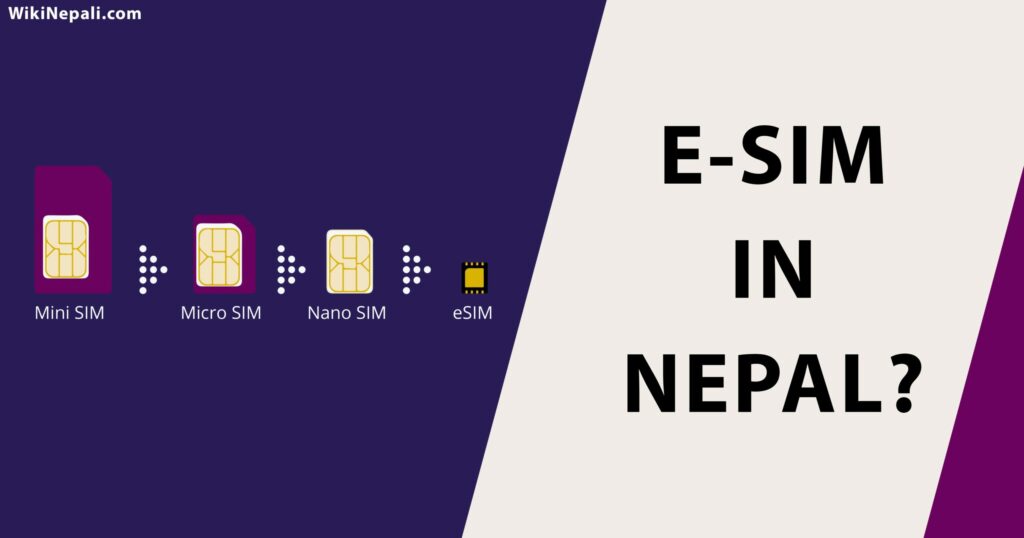 What do we usually think of as SIM? A small card with a chip attached to the same plastic. Which can be used to make phone calls and access data. Whether it’s micro, mini or warm size.

But, at the present time, it is incomplete to understand the SIM only. Even though it looks like a small card made of plastic but it contains information such as own mobile number, storage that can store contact numbers and SMS and also we can surf the internet. Even if you have to change the mobile, you can take out the SIM and put it in another phone. Which makes it easier.

What is E-SIM? what is the benefits of E-SIM?

E-SIM has been launched recently to make it even easier. Which has replaced the physically available small plastic cards. At the same time, SIM cards are being embedded in mobile devices. We can also move the data from one phone to another. Not only this, the data available in e-SIM can also be changed as required. This means you can connect to another mobile service provider’s network without removing the SIM card.

Another advantage of this is that there is no need to create a separate space on the mobile device to keep the SIM card. In this case, the SIM can be used in smartwatches and fitness devices. Thus, the e-SIM embedded in the device is likely to completely replace the physical SIM card in the future. However, so far the number of telecom service providers providing e-SIM and mobile devices supporting e-SIM is not so high.

However, mobile service providers in some parts of the world have developed e-SIM support systems. Even companies like Airtel and Geo in India have started providing such support.

is E-SIM available in Nepal?

Nepal’s telecom service providers have so far failed to address the issue. According to Nepal Telecom spokesperson Rajesh Joshi, the telco has not made any preparations for e-SIM in this regard.

He said that Telecom would be ready to provide such service if e-SIM is required as per the demand of the time. Similarly, another service provider Ncell has said that the company has thought to made preparations for the e-SIM to use on e-SIM enabled devices as they are still under construction. Ncell has stated that it will provide e-SIM based on the need after studying as the market is getting ready.

What is your perspective on this subject? Do you feel, Do we need e-sim in Nepal or you are happy with the normal SIM card?