What is Bitcoin? is it legal in Nepal? 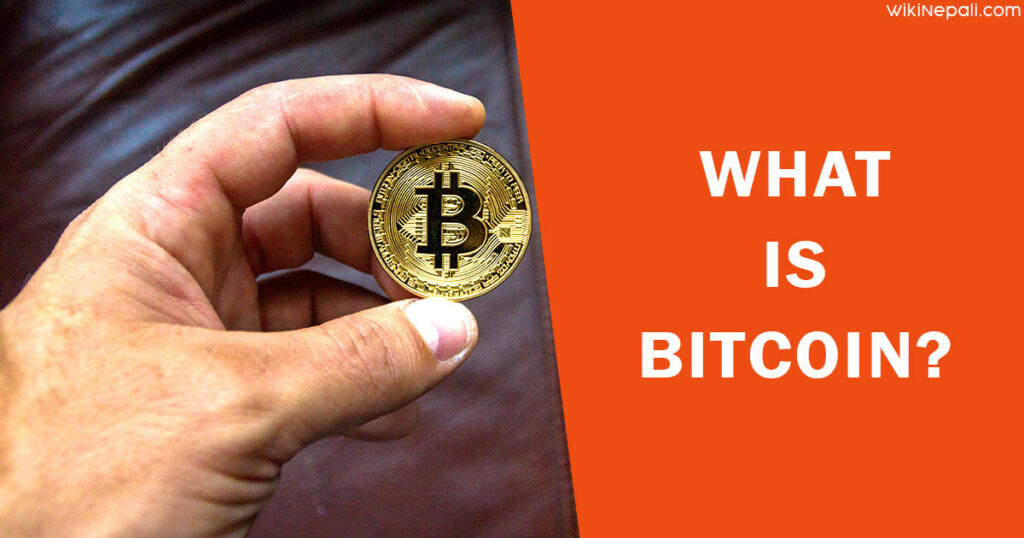 Bitcoin is the most trending topic in the technology market at the moment. In this article, we are going to explain what is bitcoin and is bitcoin legal in Nepal or not.

Bitcoin is a crypto currency that was created in 2009 by a Satoshi Nakamoto(alias) and he is a Japanese guy. It is the first decentralized digital currency in the world, where the entire system runs without a central bank, a company or a single administrator. Bitcoins are made with no middlemen – it means there is no one who controls it

Bitcoin is a peer-to-peer(user to user) network and transactions take place between users directly through the use of the secured encrypted network. These transactions are verified by network nodes and they are recorded in a permanent publicly available ledger. Everytime when someone makes a transaction then system automatically generates a new ledger publicly to store it. this ledger is called a blockchain. Bitcoin does not need a bank account or any other intermediary resources to exchange the monetary value to verify it.

We can buy products and goods without showing our identity which is completely anonymous and without and service charges. Due to open and untied regulation among the countries, international payments are easy through bitcoin. There are no fees and taxes involved in the bitcoin transaction, most of people prefer bitcoin. The soaring price increment of bitcoin is pulling more bitcoin users.

How to earn Bitcoins?

Bitcoins Mining is the major source of bitcoin earning. Mining is done through the use of computer processing power. Mining requires intense computer processors to solve complex math puzzles. Miners have to keep the blockchain ledger consistent, complete, updated and unchangeable by timely verification and collecting the newly added transactions ledger into a new group of transactions called a block.

People also can earn bitcoin just by exchanging currency with bitcoin. There are various marketplaces which allow bitcoin exchanges. Coinbase, Bitstamp is the leading exchange market along with various other exchanges.

Bitcoins can be sent to each other using the computer and mobile apps. Sending and receiving bitcoins are similar to sending cash digitally like as in internet banking or PayPal services.

At the moment, value of 1 bitcoin is equal to $33,730.42 USD (updated on FEB 2021) and is approximately about 40 lakhs Nepali Rupees. The price of bitcoin is increasing day by day.

Where to store Bitcoins?

Everybody knows that Bitcoin is a highly secured crypto currency. Many people ask where to store it. and the Answer is Crypto wallets like Blockchain, Trust wallets. which exists either in the user’s computer or smartphone or in the server computer is the place where the bitcoins are stored.

A wallet stores the information which is necessary for bitcoin transaction. A digital wallet is a place that keeps the digital credentials of your bitcoin holdings and allows you to access them for various purposes. Crypto Wallet acts as a virtual bank account that allows users to send or receive bitcoins, pay for goods or save their money. The bitcoin wallet is not insured by any bank or government institute.

Is Bitcoin legal in Nepal?

Nepal Rastra Bank has declared the bitcoin trade is illegal in Nepal. Using or trading bitcoins in Nepal is not legalized and it is a criminal offense. Nepalese officials are in the midst of discussing regulatory guidelines for crypto currencies . , a task-force from the CIB arrested seven suspects allegedly On October 6, 2017. who was involved with running “bitcoin exchange” operations.

The CIB explains that the suspects violated the order of the National Bank of Nepal that stated until regulations are conceived bitcoin, and other cryptocurrency exchange businesses are “illegal” in Nepal